To Mr Colothan, Mrs Kneale and all the staff and PTFA at St. Wilfrid’s,

Today was Charlie’s last day with you and I want to thank you all for everything you’ve done for him and the rest of the Class of 2016.

In 2008 (two minutes ago), I remember visiting the school’s open day to determine whether or not it was the school for him.  I went to St. Wilfrid’s between 1977 and 1985 and have many happy memories from my time there.  Being a responsible parent, I was very keen not to be swayed by nostalgia and, even though the smell of the paint in the Nursery that evening instantly whisked me back three decades, I was determined to be critical of anything I thought was not up to the standard I felt entitled to expect.

I needn’t have bothered.  The school was every bit as involving, varied, nurturing and exciting as I wanted it to be.  If I’m honest, it was more so than I remembered it being in my time.  We were shown around by a very impressive Year 6 student (I think his name was Tom).  I noticed he was the house captain of Leigh (which reminded me that I had once held that position) and I remember thinking that if our already bright and confident three year-old could one day turn out to be like Tom, this was the perfect environment for him to try.  The deal was sealed.  He was going to St. Wilfrid’s.

From the very beginning of his education, I knew we’d made the right choice.  I was impressed with the fact the head teacher knew him by name in the first month, by the way the Nursery coaxed the children from being playground-clinging screamers (mentioning no names) into a cohesive unit performing a dance together within months.  I was pleased to see the swimming pool not only retained in these cost-conscious times but also renovated.  I was pleased to see a school that values participation in sport but is not afraid to accept that sport creates winners and losers.

As he progressed from Key Stage 1 to 2, it was clear to me he was continually gaining respect from the school and his peers.  I was particularly happy to see that he was chosen to be in Leigh house – how could you have known?!

By now, it really was clear we’d chosen well.  The after-school clubs, the artistic and musical opportunities, the embracing of technology and incorporation of the internet.  They may all seem ancillary to the actual lessons and learning objectives but they’re all vital components of real life.  Partly because it suited our working hours but in no small part because of their intrinsic benefits, we were always very keen to include Charlie in whatever opportunities we could.

And then, almost a year ago, he was voted as House Captain by his classmates.  As thrilling as that was, selfishly, for me, I was even happier when he was asked to help show prospective parents around at last year’s Open Evening.  It seemed he’d fulfilled the destiny I’d ambitiously held for him.  I often wonder, in moments of unashamed pride if there are parents in next year’s school intake who will remember and be as impressed by him I as I was, by Tom, all those years ago.

Of course, that wasn’t the end of the story – there were still the SATs to contend with.  As with, I suspect, many parents, there were areas of attainment to work on as the full force of Year 6 took hold.  I saw the look of pressure in his teachers’ faces as we tried to guide him through the tests as best we could and I appreciated the fact that they were also trying their hardest not to let that pressure adversely affect their pupils’ performance.  If only every school could claim that.  I’m so grateful that, with their tireless help, he passed all his SATs  as well as he did and, once again, I have to wonder if that would have been the case at a different school.

Finally, I’ve been proud to see him exhibit the strong sense of responsibility that the school has nurtured.  He’s represented the school at netball, rugby and cricket, musically, dramatically, as part of the Camera Club and at the PGL adventure centre and he’s done it all with great maturity.  Perhaps I should have been more pleasantly surprised to see him win your Leadership Award at today’s Leavers’ Assembly but I should rather immodestly confess I didn’t find it that surprising at all.

People have told me he’s a credit to Helen and me but I hope you would agree that he’s just as much a credit to his school.  I can’t thank you enough for making it possible for me to write that sentence.

Keep doing what you do.  The world needs far more Toms and Charlies. 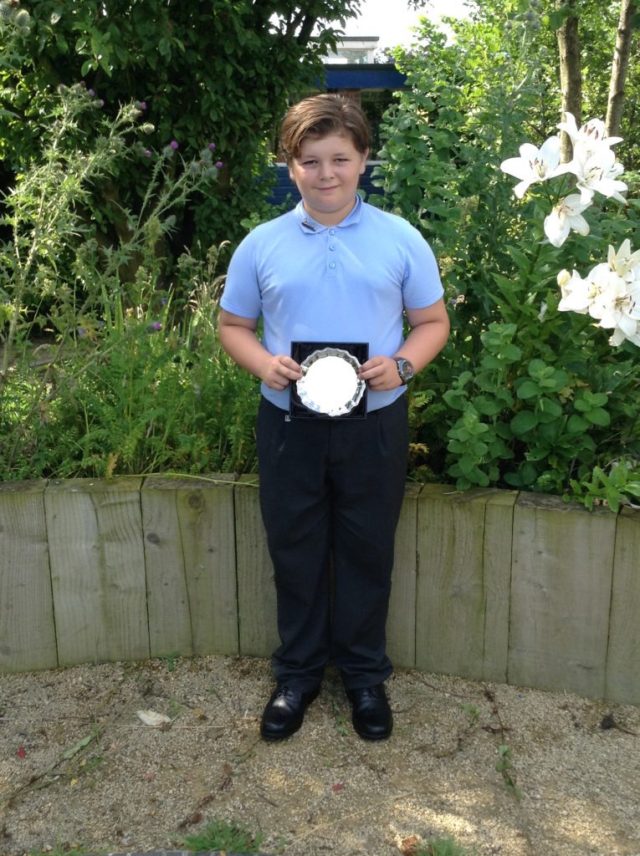