Back in the monochrome 1960s when ‘The Beverly Hillbillies’ was made, the world seemed a much simpler place: find oil, make millions, never need to worry again. Even twenty years later, we were still being enthralled by all the scheming and back-biting at the Oil Baron’s Ball in ‘Dallas’. For most of the last century, the very mention of oil in the media has usually been as a shorthand for money, power and glamour. 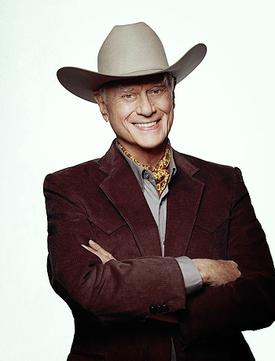 Today, as we all know, when it comes to oil, there’s a lot more to be considered than just the trappings it brings. Emissions are monitored as never before and the quest to replace it with more sustainable energy sources has become the new frontier for the century ahead.

For that reason, oil has entered a phase in which it expects to fall from the favour it once had, a process that’s already beginning to be mapped out. Last year, the UK government announced it would ban the sales of all new cars, powered by petrol or diesel, from the year 2040. This is a date which may still conjure images of floating buildings and flying cars, reminiscent of that other big hit of 1962, ‘The Jetsons’ but when you do the maths, it’s a different story. 2040 is only 22 years away – which is probably less than the amount of time it’s been since we last saw repeats of Jed, Jethro, Granny and Elly May on terrestrial TV.

More pressing is the recent announcement from the World Bank that it will cease to finance fossil fuel extraction from 2020. Forget the undated, stereotyped “future” that old TV shows used to promise us, of silver jumpsuits and Moonbases, this is a date that’s more or less in the here and now. Inevitably, similar deadlines from other regulatory bodies will follow and many will have a similarly short horizon.

It all adds up to a warning to all those who’ve defined themselves by their involvement in the oil industry that the heady days personified by the Clampetts and the Ewings are starting to seem as dated as the width of JR’s lapels.

Naturally, at Willacy, a company once inextricably linked with the oil industry, it’s clear that our growth is unlikely to arrive as a result of us depending solely upon oil. While we will of course continue to provide all the services we’re well known for to those in the oil industry, we have to recognise it’s a sector that many people may feel is one whose days are numbered – even if that number is still in the many thousands.

Over the years, we’ve developed a number of unrivalled technologies and techniques to survey, treat and rejuvenate oil infrastructure in Britain and many other countries around the world. In recent years, we’ve increasingly transferred that capability to water-based applications. Our recent development of sonar-driven tank surveying is a prime example of oil-based technology being adapted for use in water-based environments.

With our competence in the aqueous sphere established, the door is opened to other establishments that store and process matter of various descriptions. Already, we’re working with abattoirs and other food industry sites. Research from The Anaerobic Digestion and Bioresources Association (ADBA) suggests there are now over 250 sites in the UK where food waste can be processed to provide biofuel and other resources. The growth and proliferation of this sector, still in the early stages of its development contrasts markedly with the consolidation and concentration of the much more mature oil industry.

As we’ve learned from various instances over the years where our services have occasionally been required in other fields, while the medium (the type of stuff in the tanks) may change, many of the problems and processes involved – the basic practicalities of getting the job done – are exactly the same. Different substances may alter the operational parameters but fundamentally, it’s not that different a task – if you know what you’re doing.

Aside from maximising our potential by applying our skills to other, more abundant, less restrictive markets, we’re actually making the most of the knowledge and capability that we have – and that others struggle to match. In modern parlance, it was indeed a ‘no-brainer’ for Willacy to diversify in this way but even so, is there a helpful sign, a handy lesson from history to encourage us in this strategy?

Interestingly, ‘The Beverly Hillbillies’ (1993) and ‘Dallas’ (2012), were both re-booted many years after the height of their success and in each series, the main characters, Jed Clampett and JR Ewing were relieved of their fortune, facing an uncertain future, without the security of a status based on oil. Could that have been a warning, perhaps? Neither sequel did well in terms of reviews or ratings but you can’t help wondering if the storylines at least got that bit right…

Uovi “Albese”: poached eggs on toasted sourdough, with balsamic glaze. Named after the breakfast I once concocted just outside Alba in Italy 🇮🇹…
I’m re-purposing a 30-odd year-old Billy Connolly gag here but this breakfast recipe is “perfect for that left-over” smoked salmon…
Homemade version of Sunday’s pasta dish, made from store room & fridge odds and ends (plus some smoked salmon from Christmas in the freezer). 🤏 *nearly* as good as the Olive Garden’s…
Tagliatelle del salmone
Zuppa del pomodoro
There’s no problem boycotting Russian vodka when there’s such a handy Swedish alternative… 🇸🇪🍸
You may think this is just a sausage and egg barm but you’d be wrong. It’s pork and black pudding sausages on wild garlic leaf and Dijon mustard, topped with a perfectly-poached egg. It’s basically the starter from a posh restaurant served, to go, on a barm cake…
Sarson Salmon (spiced grilled salmon cooked in onions & peppers), with pilau rice, saag aloo and keema naan.
Dressed crab, with chips