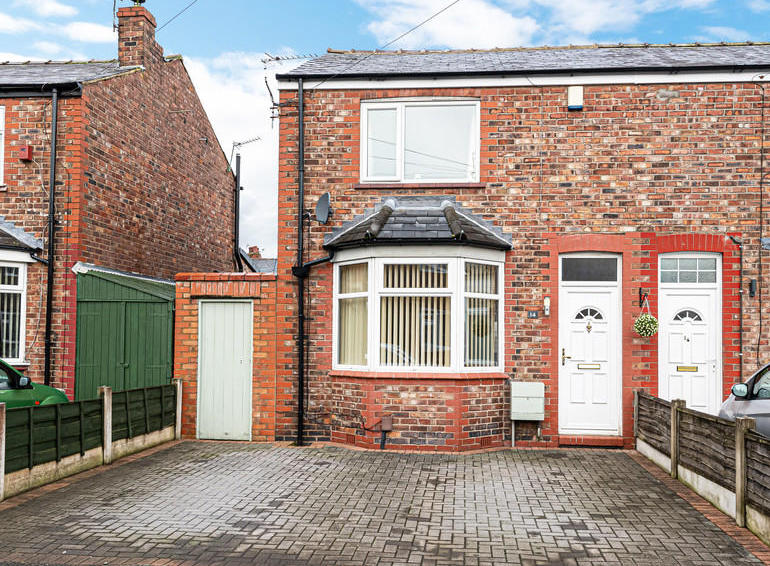 Twenty-five years ago, we moved in to the first home I owned, in Latchford, Warrington, despite all common sense suggesting that we shouldn’t…

Actually, I’d owned the house since July but we’d spent months having to strip out the electrics, the plumbing and – somewhat dispiritingly – the kitchen floor.  We installed central heating, new wiring, damp-proofing, loft insulation, a new bathroom, a new concrete base and did a lot of re-plastering and decorating.

By December, It was still barely habitable.  The kitchen was little more than a glorified vanity unit with a fridge and an old cooker, most of the furniture was spectacularly mis-matched, generously donated ‘hand-me-downs’ and the bathroom was still un-tiled and missing a door.  It really wasn’t ready to be moved into.

But I’d grown impatient.  Once the wooden floorboards downstairs were all sanded to a point it had been unclear that they could ever be returned to, the last vital job that couldn’t be lived around had been done.  I’d promised myself we’d be in for Christmas and, sensible or not, I stuck to it.

It didn’t make for a classic Christmas but the giddiness of finally having my own place, living – as my Grandma put it – “over t’brush” (old Lancashire for pre-marital co-habiting), outweighed any thoughts of missing out on festive traditions.

By Boxing Day, I was painting and staining, putting up curtains and planning how to spend Christmas money.  I remember not long after, we blew about £500 in Warrington Ikea on storage boxes, a dining room set, crockery and cutlery and light fittings.

Moving into your first house is a great way to uncovering all the necessary things that you don’t yet own and so began the long process of acquiring them all.  In our case, it led to probably the most boring New Year’s Eve of all time, as we saw in 1998 in bed on an ancient, very grainy, portable TV.

It all sounds a bit depressing now but at the time, we wouldn’t have it any other way.