You may be familiar with my god-daughter, Amelia.  I’ve blogged about her before.  Here she is with my 12 year-old son, Charlie, whom she adores.

I’d love you to read the full post but click here if you just want to ‘cut to the chase’.

Two years on from my last blogpost about her, she’s now nine years old and is still severely autistic, non-verbal and has learning difficulties.  She’s still as friendly, with a smile and a hug to melt the hardest heart and, when she wants to be, she’s as mischievous and keen to get her own way as much as any other nine year-old.

As you can imagine, she has quite complex educational needs and thankfully, she is able to have them met by her amazing school, Astley Park in Chorley.  As you can also imagine, budgets are tight and so much more could be achieved with just a little more funding.  For that reason, they established a charity, ‘Friends of Astley Park School’ (FAPS) and over the past few years, so much of the money raised for this charity has directly benefitted Amelia.  If you’re familiar with my Facebook offerings, you may be well aware of the various weekends we’ve dedicated to supporting Warren, “Amelia’s Daddy”, in his various physical challenges to raise money for FAPS and for Amelia.  Only last month, we cheered him on as he completed two runs around the Asics Windermere Marathon course – each 26.2-mile run, a lap of England’s largest lake, with some huge inclines to run up, as you’d expect in the Lake District.  Here he is approaching the finish line – the second time around:

Last year, we also supported  Warren and another friend, Aaron, as they entered the Great North Swim (this time in Windermere), obviously for the same cause.  While we were there, something unexpected and unbelievably affirming happened.  Charlie, then aged 11 asked what the minimum age for the event was.  We told him it was 12.  Immediately, he vowed to come back next year and swim the half-mile event for Amelia.  Charlie has always been a strong swimmer in the pool but this is a tough assignment – many people have panic attacks once they get out into the open water – and we gave him every chance to pull out gracefully before we publicised his endeavours.

Since last summer he’s been preparing for the swim – and we’ve stepped up the training since April this year.  Even when we’ve been abroad in that time, there happen to have been lakes nearby and he’s kept up his training.

In that time, he’s tapered up from a couple of hundred metres at a time to around a kilometre – well over the half-mile he’s training for.  He’s trained in all weathers, in three different countries and at various times of day.  He’s even suffered the blight of open water swimmers, brought on my taking on too much unclean water.

All the while, he’s remained focused on his goal – and on raising as much money as possible.  When I set up his Justgiving page, I gave him a target of £500 – with no idea if it was a realistic figure for him to raise.  If I’m honest, I just hoped he’d get somewhere near that figure.

With a few days to go until the Windermere swim, I’m delighted to reveal he’s now passed that notional target of £500.  There are so many people who have already said some wonderful things about him and pledged their hard-earned money to support a cause that they may only be aware of because of Charlie’s efforts.  It really is humbling stuff to see and we’d like to thank everyone who has already donated.

If you’d like to add your support to the dozens that have already given money to this wonderful cause, please visit Charlie’s Justgiving page and donate what you can.

Obviously, those closest to us have already added their support and naturally, they will tend to be more sizeable donations.  Please don’t look at the donations made and think we expect any particular level of support – anything you can offer would be massively appreciated.  We all know that even £3 barely covers the cost of a cup of coffee but if you are willing to pledge even that amount, that’s better than just leaving the page without adding your support.

Thanks for reading and for any amount you are able to pledge.  We all really appreciate it! 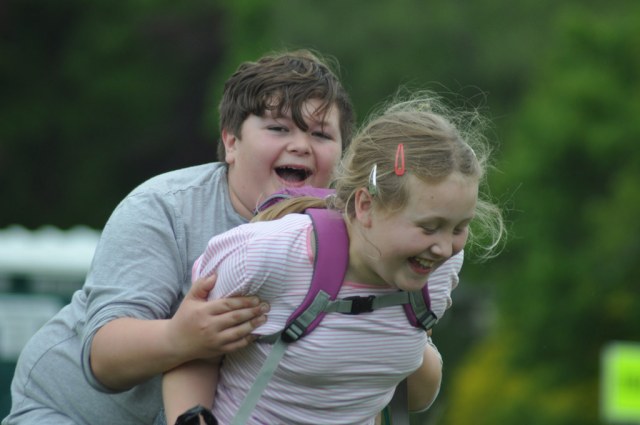